Gramma Funk to the rescue 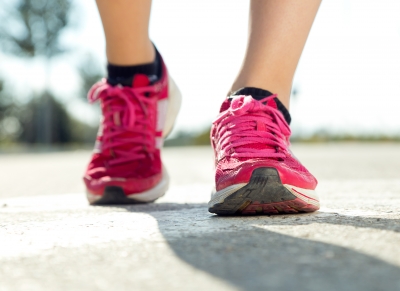 “I see you, baby…shakin’ that ass, shakin’ that ass.” Shakespeare it is not but Gramma Funk and Groove Armada got me out the door this afternoon. And that’s exactly what I needed.

For some reason, even though I am a freelancer who works on my own schedule, Mondays still bum me out. I don’t know if it’s a residual malaise lingering from the days I worked the Monday-Friday grind—a feeling of palpable dread used to start building while I was still lying in bed Sunday mornings—but it’s very real. And it can throw my whole week off.

I’ve been enjoying three weeks of yummy whole-food plant-based eating since I kicked off Project Squishyplum 2.0—but that’s only one piece of the puzzle. It’s imperative that I move my body on a regular basis. Nothing crazy but I’ve gotta put one foot in front of the other or partake of some Downward Dog action. If I don’t,  a melancholy starts to set in. And it’s like a snowball rolling down the hill, growing larger and larger until all I want to do is lie on the couch watching NetFlix and scarfing cupcakes. I can’t tell you how often that scenario has played out in the past. It ain’t pretty.

So I just wanted to give a shout out to Gramma Funk for reminding that I need to shake my ass.

This is not a weight loss blog.